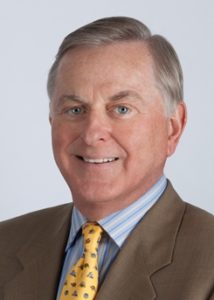 Dr. Tiner maintains active hospital staff privileges at Southwest Texas Methodist Hospital and Stone Oak Methodist Hospital. Dr. Tiner proudly served in the United States Navy for 25 years and retired in 2000 as a Navy Captain. He lives in San Antonio with his wife, Brenda, and they are the parents of two adult children, Lauren and Colby. His outside areas of interest include national and state politics, travel and physical fitness.

Dr. Tiner’s private practice encompasses all areas of Oral and Maxillofacial Surgery, including the management of obstructive sleep apnea, the correction of jaw deformities (orthognathic surgery), dental implants, and pathology of the maxillofacial region.