Osteo Science Foundation is proud to announce the newest participants of our Clinical Observership Program. Congratulations to the following residents. 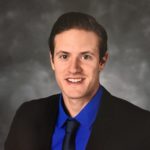 JDr. Ryan Sterk was born and raised in Albuquerque, NM. He played collegiate baseball at Trinity University and then returned to the University of New Mexico where he graduated Magna Cum Laude with a Bachelor’s degree in Chemistry. He then went on to complete his Doctor of Dental Surgery degree from the University of Colorado. During his dental training, he received multiple awards including the Dr. Kenneth Grove/Memorial of Dental Foundation of Colorado Award, Miles Markley Delta Sigma Delta Award, UCSODM Student Honors and the Association of Oral and Maxillofacial Surgeons Award. After the completion of his doctorate, Dr. Sterk completed a one-year internship in Oral and Maxillofacial Surgery at the University of Pennsylvania. He is continuing his training at Montefiore Medical Center/Albert Einstein School of Medicine in New York where he is currently serving in his 3rd year of residency. Dr. Sterk’s areas of interest include cosmetic surgery, trauma, orthognathic surgery, reconstruction, and intricate implant treatments with hard/soft tissue augmentation. His most recent presentation was “Incorporating Custom TMJ Prosthesis” at the Greater New York Dental Meeting. In his free time, he enjoys traveling, fitness, sports and spending as much time as he can with family and friends. 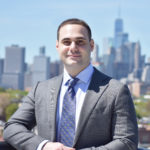 the age of 15 when he began shadowing in private practice and at the Yale-New Haven Hospital.
Dr. Saggese completed his Bachelor of Science degree in Chemistry at the University of North Carolina at Greensboro. He graduated magna cum laude from the Honors College and received the Student Excellence Award, the highest distinction at the university. Dr. Saggese then went on to earn his Doctor of Dental Medicine degree from the University of Pennsylvania where he received the Dean’s Scholarship and completed honor programs in Medically Complex Care and Community Health.
During OMS residency, Dr. Saggese published articles in the Journal of Oral and Maxillofacial Surgery,British Journal of Oral and Maxillofacial Surgery,and Anesthesia & Analgesia Practice, many of which he was the lead author (View PubMed articles here). Dr. Saggese was recently awarded first place at the 5th Annual Brookdale Research Day for his poster entitled “Orbit Reconstruction in a Patient with Central Cord Syndrome Using Intraoperative Navigation Technology.” He is currently the department representative for both the Patient Safety Committee and the Committee of Intern and Residents at Brookdale Hospital Medical Center. Dr. Saggese is interested in full-scope OMS and undertaking research to advance the field. He is very excited to participate in the Osteo Science Foundation Clinical Observership Program.

Dr. John Full was born and raised in York, PA. He obtained both his B.S. in Neuroscience and D.M.D. from the University of Pittsburgh. He was the recipient of the 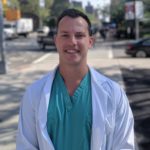 Dean’s Scholarship, awarded annually to two incoming dental students. Dr. Full subsequently matched into the Oral and Maxillofacial Surgery Program at New York Medical College, where he will graduate in June of 2020. Through the Osteo Science Foundation’s Clinical Observership Program, he is excited to gain further experience in complex reconstructive and implant surgeries. Outside of OMFS, Dr.Full enjoys the sights and sounds of NYC, attending concerts and sporting events, and traveling with his fiance, Paige.

Dr. Wahlstrom grew up in Portland, Oregon where he attended dental school at Oregon Health & Science University. After graduating he went into active duty with the United States Army and completed an AEGD at Fort Jackson, South Carolina. In 2017 he started OMFS residency at San Antonio Military Medical Program. He spends his free time playing golf, being with his wife and two young boys. 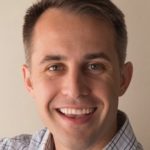 Exploration Tuesday is here! Have you read this ar

Register for our in person meeting, "Regenerative

Today is the final day to submit an application fo

You won’t want to miss this lineup! Check out th

Designed especially for individuals in between den

Join us on this fine Exploration Tuesday! Take a c

We are pleased to introduce Jasjit Dillon, MBBS, D

Bach Le, DDS, MD will present at our February Meet

Robert A. Levine DDS, FCPP, FISPPS will join us at

Robert E. Marx, DDS, FACS will join us at our meet

We will also be joined by Michael K. McGuire, DDS

James C. Melville, DDS, FACS will present, "From B

Robert Sader, MD, DDS, PhD is a speaker at our upc

We will also be joined by Frank Schwarz, DMD who w

You will not want to miss Simon Young, DDS, MD, Ph

The countdown is on! There is one month left to re

We are thrilled to announce our most recent Peter

We are pleased to introduce Jasjit Dillon, MBBS, D

Join us for a two-day event in Austin, Texas to he

Osteo Science Foundation is proud to offer a new o

"I am so honored and grateful to have been given t

David Roe, DMD, a past Osteo Science Foundation Re

Yakov Yakubov, DDS, MD, is a Chief Resident in Ora