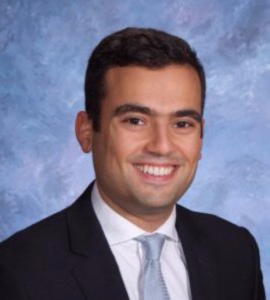 Yakov Yakubov, DDS, MD was a Chief Resident in Oral and Maxillofacial Surgery at New York Presbyterian Hospital – Columbia University Irving Medical Center when he participated in the Clinical Observership Program. He was born in Tashkent, Uzbekistan and grew up in Queens, New York. He completed his undergraduate studies in Neuroscience at Queens College of the City University of New York. He continued his education at Columbia University, where he earned a DDS degree in 2016 and an MD degree in 2019. His clinical interests include dentoalveolar surgery, tissue augmentation and regeneration, and implantology. Outside of the office, he enjoys spending time with his wife and daughter.