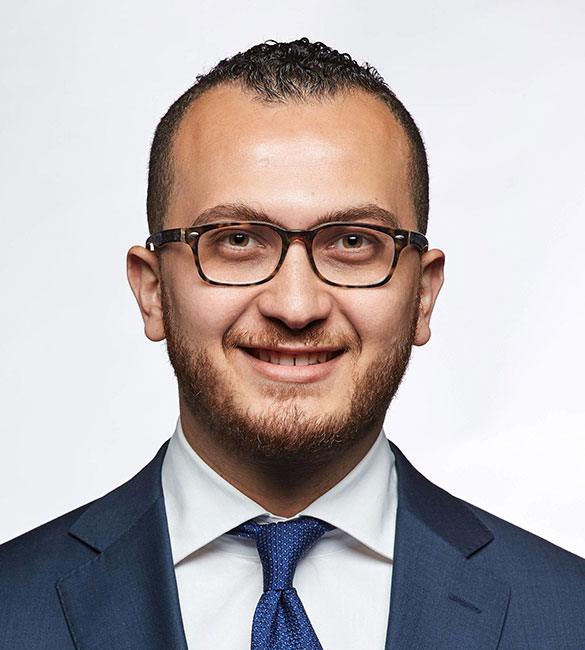 Dr. John Costandi was born and raised in Egypt. He moved to the United States upon graduating from Cairo University with a Bachelor in Dental Surgery. He was enrolled in Boston University’s Advanced Program for international dentists where he earned his DMD degree and was inducted into OKU national dental honor society. He subsequently matched at Columbia University/New York Presbyterian Hospital Oral and Maxillofacial Surgery training program where he was one of the chief residents.  During his time at Columbia University, Dr. Costandi has earned his medical degree and has been involved in several academic pursuits, some of which include research in alveolar cleft reconstruction with BMP-2, which he presented at the AAOMS annual meeting and coauthoring a book chapter on peripheral nerve blocks in the head and neck. He spent time investigating the regeneration of TMJ discs using 3D-printed scaffolds in animal models. He has also received interdepartmental recognition for his outstanding patient care and has been titled Resident of the Month. Upon graduation, he hopes to maintain a practice in full scope oral and maxillofacial surgery while dedicating some of his time to research and teaching. His clinical interests include orthognathic surgery, complex implant treatment, soft and hard tissue augmentation, virtual planning and digital dentistry.