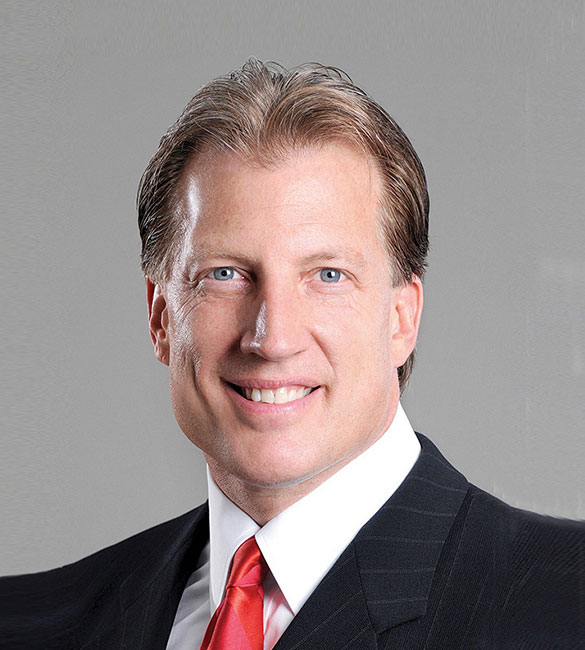 Dr. Craig Misch gained early acceptance into dental school after only three years of undergraduate study at Michigan State University. He received his dental degree from the University of Michigan School of Dentistry in 1985, graduating Omicron Kappa Upsilon. Thereafter, he practiced at Michigan Implant Dentistry, one of the first dental practices in the country to focus on implant tooth replacement. Dr. Misch then decided to specialize and attended the University of Pittsburgh School of Dental Medicine where in 1990 he received his certificate in Prosthodontics. Prosthodontics is the dental specialty involving the replacement of missing teeth using biocompatible substitutes, such as implants. Dr. Misch then completed a fellowship in oral implantology at the University of Pittsburgh and in 1992 was awarded a Master of Dental Science degree for his research on dental implants. He was appointed Co-Director of the University of Pittsburgh Oral Implant Center and taught implant dentistry to the postdoctoral residents. An interest in jaw reconstructive surgery led him to enter a four year residency in Oral and Maxillofacial Surgery at St. Francis Medical Center and Mercy Hospital in Pittsburgh. He completed his surgical training in 1999 and moved to practice in Florida.

Dr. Misch is board certified by the American Board of Oral and Maxillofacial Surgery and the American Board of Oral Implantology/ Implant Dentistry. He is on faculty at four dental schools including Clinical Associate Professor in the Department of Periodontics and Prosthodontics at the University of Florida and the University of Alabama at Birmingham (UAB). Dr. Misch is an honored member of numerous dental organizations including Fellow of the Academy of Osseointegration, Fellow of the American Association of Oral and Maxillofacial Surgeons, Fellow of the American Academy of Implant Dentistry and Fellow of International Congress of Oral Implantologists. Dr. Misch is also active in several professional organizations in dentistry. He has served on the Board of Directors for the Academy of Osseointegration (AO). He has also been on several committees for AAOMS, AAID and the AO. In 2014 he was appointed Chairman of the Committee on Bone Augmentation for the Summit on Treatment of the Edentulous Maxilla for the Academy of Osseointegration. He is on the editorial boards of several dental journals including the International Journal of Oral and Maxillofacial Implants, International Journal of Periodontics and Restorative Dentistry, Journal of Oral Implantology, Implant Dentistry and Dentistry Today.

Dr. Misch has published over fifty scientific articles and fifteen textbook chapters on dental implants, bone grafting and implant prosthodontics. An innovative surgeon, he developed the ramus bone graft technique, one of the most commonly used procedures to reconstruct missing jaw bone. He has been a main podium speaker at numerous conferences including the American Dental Association, Academy of Osseointegration, American Association of Oral and Maxillofacial Surgeons, American Association of Periodontology, American College of Prosthodontics, American Academy of Implant Dentistry and International Congress of Oral Implantologists. In addition, he has lectured extensively throughout North and South America, as well as Europe, Asia, and the Middle East. Dentistry Today has recognized Dr. Misch as one of the “Leaders in Continuing Dental Education”. He is also a consultant and has performed clinical research for many dental manufactures including BioHorizons, Dentsply, Medtronic, Nobel Biocare, OsteoHealth, OraPharma, Carestream and Zimmer Biomet.

In 1999 Dr. Misch left Pittsburgh and moved the private practice to Sarasota. In 2005 opened Misch Implant Dentistry, a state of the art office conveniently located near downtown Sarasota. Dr. Misch’s dental peers in Sarasota have voted him a Top Dentist in the area. Clinicians throughout the United States consult and refer to Dr. Misch to manage complex reconstructive and implant cases. Misch Implant Dentistry has been featured in the Academy of Osseointegration newsletter and Dentsply Implants Magazine.