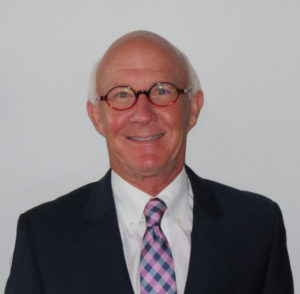 Dr. Tucker obtained his undergraduate degree from Arizona State University and received his dental degree from Baylor College of Dentistry in 1976. He completed his Oral and Maxillofacial Surgery residency at the Medical University of South Carolina. He was a full time faculty member at the University of North Carolina School of Dentistry and UNC Hospitals from 1982-1992 where he was the director of graduate education in oral and maxillofacial surgery. He was in private practice in Charlotte, NC. for eighteen years and recently retired. While maintaining a private practice he held academic appointments as an Adjunct Clinical Professor of Oral and Maxillofacial Surgery at the Louisiana State University Medical Center in New Orleans, LA and the University or North Carolina at Chapel Hill. Dr. Tucker is a diplomate of the American Board of Oral and Maxillofacial Surgery and served as an examiner and section chairman for the ABOMS board examinations.

Dr. Tucker is an editor and co-author of ten textbooks on Oral and Maxillofacial Surgery. These textbooks have been widely used throughout the United States and other countries with the book translated into Portuguese, Korean, Polish, Japanese, Chinese and Italian. He has also written 35 chapters in ten other books. Dr. Tucker has been very active in clinical and basic science research and has written over 50 publications in scientific journals. He has been the primary investigator or a significant contributor on several large grants, supported by both NIH and medical corporations, totaling over $5 million. Dr. Tucker has lectured extensively both nationally and internationally on many subjects with his primary focus on orthognathic surgery.