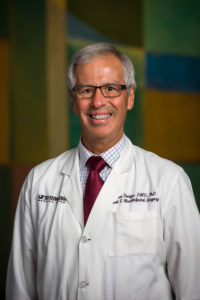 Dr. Zuniga has authored over 150 contributions to the scientific literature.  Dr. Zuniga’s major research interest includes regenerative neuroscience, pain and taste function.  He has been the recipient of numerous research grants, contracts and awards; he has served as a consultant to the editorial boards of a number of scientific and clinical journals, served on the FDA advisory panel for dental products, the examination committee of the American Board of Oral and Maxillofacial Surgeons and served on several research, resident education and faculty committees for AAOMS, the OMS Foundation and the ADA.